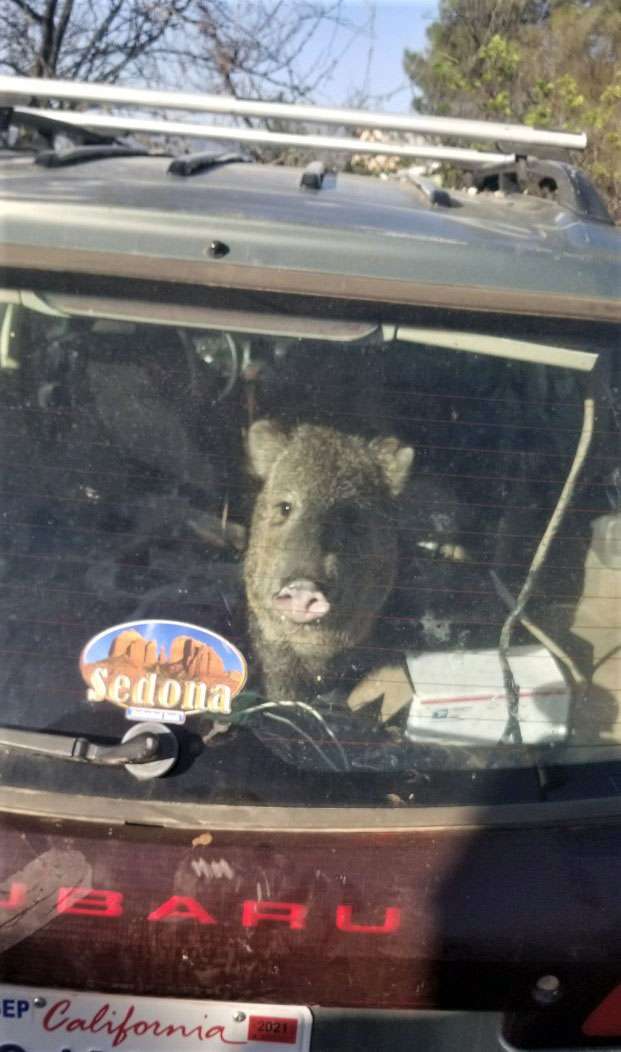 On April 06, 2022 a YCSO Deputy responded to a call in Cornville for the report of a Javelina inside a passenger vehicle. When the Deputy arrived at the scene, there was a Subaru Station Wagon containing a wild Javelina stuck inside.

After speaking with neighbors and the owner, it was learned the hatch back was left open during the night and the Javelina jumped inside attempting to eat a bag of Cheeto’s. His entrance shook the rear hatch closed which locked the hungry little fella inside. His attempt to exit the vehicle proved to be more cumbersome than entering. The Javelina tore off a portion of the dashboard, the passenger door interior, and knocked the vehicle into neutral which caused it to roll out of the driveway and across the street until stopping under some trees.

We are happy to report, no one was hurt during this escapade, including the animal. The Deputy safely opened the hatch allowing the javelina to carefully jump out and run off back into the wilderness.

As a reminder, if you’re in the Southwest, you probably already know it’s best not to feed javelina. Yes, it’s tempting, but when wild animals are fed by people it draws them into neighborhoods and can create unnecessary conflicts. Please encourage your neighbors not to either.