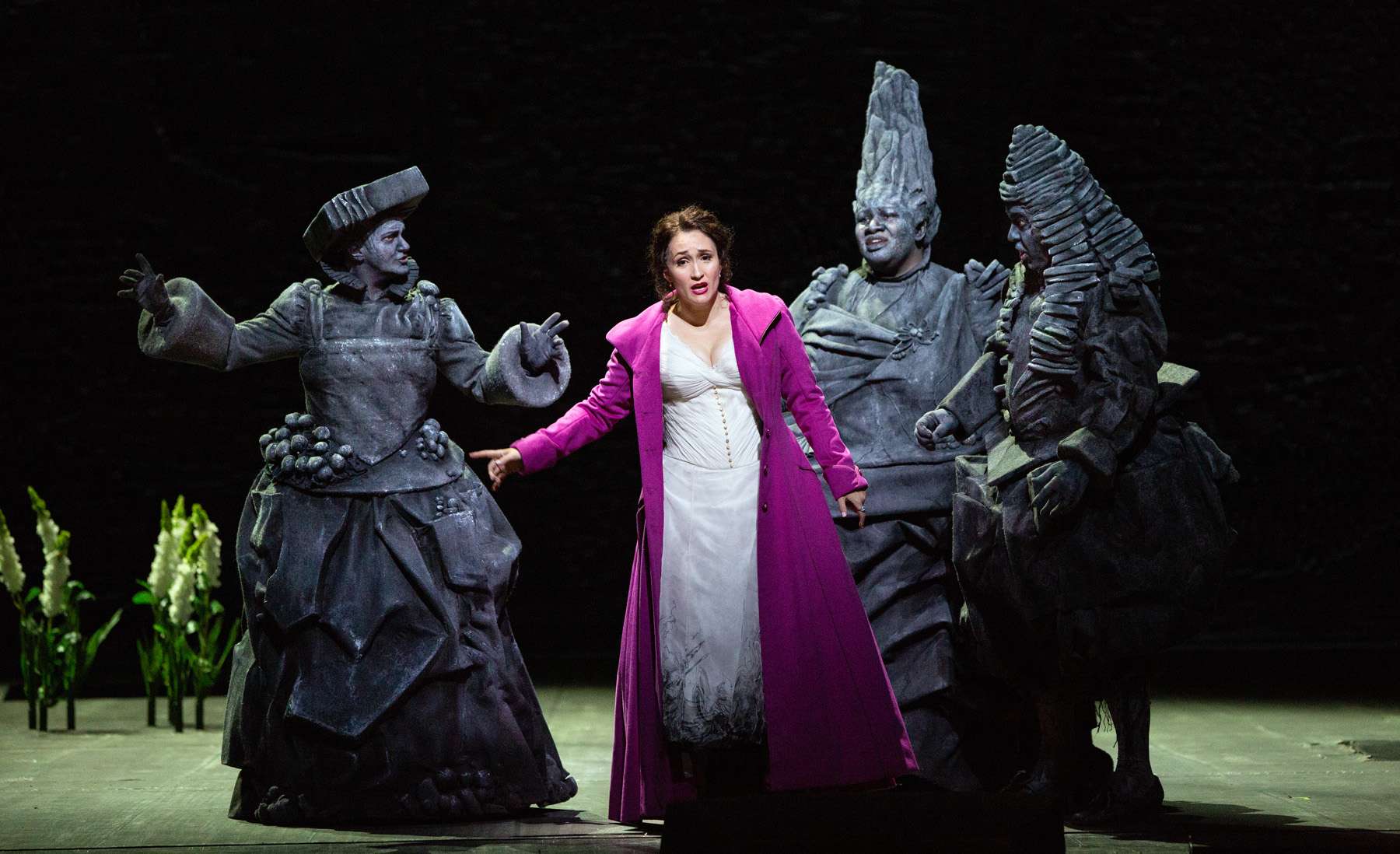 Mary D. Fisher Theatre is the home for the opera simulcast and encore events

The Mary D. Fisher Theatre is honored to be the home for the Met Live Opera programs for the 2021-2022 season, presented by the Sedona International Film Festival. The season will continue with Matthew Aucoin’s “Eurydice” on Saturday, Dec. 4. There will be one show at 11 a.m. — a live simulcast as it is happening at the Met!

Plan to come early as Ed Ingraham will lead a pre-opera talk one hour before the production.

The ancient Greek myth of Orpheus, who attempts to harness the power of music to rescue his beloved Eurydice from the underworld, has inspired composers since opera’s earliest days. American composer Matthew Aucoin now carries that tradition into the 21st century with a captivating new take on the story.

With a libretto by MacArthur “Genius Grant” recipient Sarah Ruhl, adapted from her acclaimed 2003 play, the opera reimagines the familiar tale from Eurydice’s point of view.

Eurydice is frustrated that Orpheus’s mind is elsewhere, when he proposes. Eurydice’s father writes her a letter. At their wedding, Eurydice steps outside for some air. A mysterious man appears and takes her to his apartment. When she realizes the situation that she’s in, she turns to leave. He reveals the letter from her father, she tries to grab it but falls into the Underworld.

When Eurydice arrives in the Underworld, her father greets her, but she has no idea who he is. Orpheus writes Eurydice a letter. Back down below, a letter falls from the sky. The father reads it. The name “Orpheus” triggers something in Eurydice, and she begins to remember who she is. Orpheus lowers the works of Shakespeare into the Underworld. Eurydice begins to learn language again. Orpheus resolves to bring Eurydice back. Orpheus’s singing rouses the spirits of the dead, and the Stones call Hades.

Orpheus sings at the gates of the Underworld. Hades informs him that Eurydice can follow him out, but he must not look back at her. Eurydice is torn between following Orpheus and staying with her father. She follows Orpheus, but when she calls his name, he turns around. The lovers are pulled apart. The father decides to dip himself in the river of forgetfulness. Eurydice finds that her father has obliterated his memory. Hades reappears to claim Eurydice. She writes a letter to Orpheus and dips herself in the river. Orpheus arrives in the Underworld and loses his memory. He finds Eurydice’s letter but does not know how to read it.

The Met Live Opera’s “Eurydice” will be shown at the Mary D. Fisher Theatre on Saturday, Dec. 4 at 11 a.m. (live simulcast). The pre-opera talk will take place one hour before the show. Tickets are $25 general admission, $22 for Film Festival members, and $15 for students. Tickets are available in advance at the Sedona International Film Festival office or by calling 928-282-1177. Both the theatre and film festival office are located at 2030 W. Hwy. 89A, in West Sedona. For more information, visit: www.SedonaFilmFestival.org.