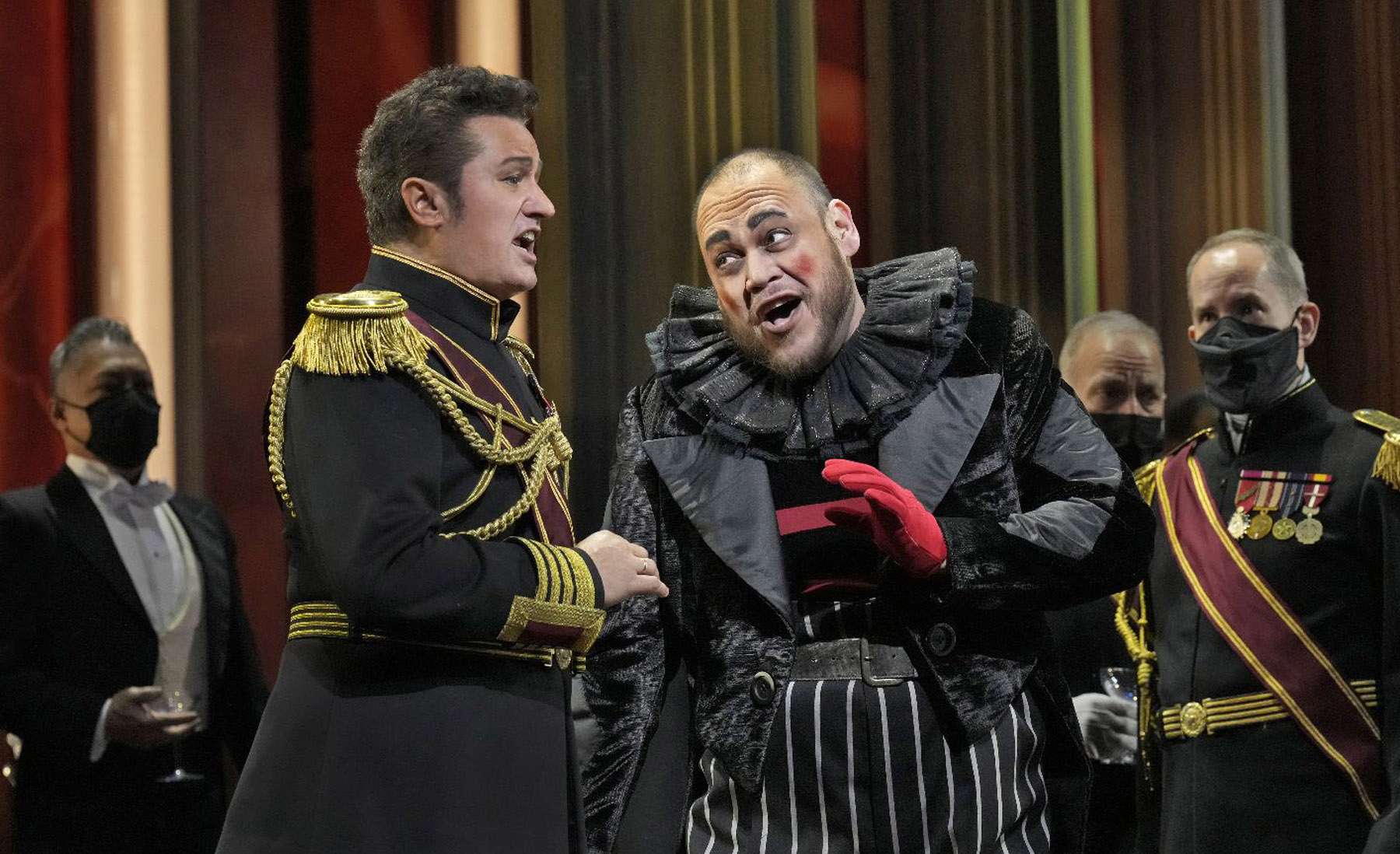 The Mary D. Fisher Theatre is honored to be the home for the Met Live Opera programs for the 2021-2022 season, presented by the Sedona International Film Festival. The season will continue with Giuseppe Verdi’s “Rigoletto” on Saturday, Jan. 29. There will be one show at 11 a.m. — a live simulcast as it is happening at the Met!

Plan to come early as John Steinbrunner will lead a pre-opera talk one hour before the production.

Baritone Quinn Kelsey, a commanding artist at the height of his powers, brings his searing portrayal of the title role to the Met for the first time, starring alongside soprano Rosa Feola as Gilda and tenor Piotr Beczala as the Duke of Mantua, with Maestro Daniele Rustioni on the podium.

At a party in his palace, the Duke of Mantua boasts of his way with women. He dances with the Countess Ceprano, and his hunchbacked jester, Rigoletto, mocks the countess’s enraged but helpless husband. The courtier Marullo bursts in with the latest gossip: Rigoletto is suspected of keeping a young mistress in his home. The jester, unaware of the courtiers’ talk, continues to taunt Ceprano, who plots with the others to punish the duke. Monterone, an elderly nobleman, forces his way into the crowd to denounce the duke for seducing his daughter and is viciously ridiculed by Rigoletto. Monterone is arrested and curses Rigoletto.

Rigoletto hurries home, disturbed by Monterone’s curse. He encounters Sparafucile, a professional assassin, who offers his services. The jester reflects that his own tongue is as sharp as the murderer’s dagger. Rigoletto enters his house and warmly greets his daughter, Gilda. Afraid for the girl’s safety, he warns her nurse, Giovanna, not to let anyone into the house. When the jester leaves, the duke appears and bribes Giovanna, who lets him into the garden. He declares his love for Gilda, who has secretly admired him at church, and tells her he is a poor student. After he leaves, she tenderly thinks of her newfound love before going to bed. The courtiers gather outside the garden intending to abduct Rigoletto’s “mistress.” Meeting the jester, they quickly change their story and fool him into wearing a blindfold and holding a ladder against his own garden wall; then they carry off Gilda. Rigoletto, rushing into the house, realizes his daughter is gone and collapses as he remembers Monterone’s curse.

In his palace, the duke is distraught about the abduction of Gilda. When the courtiers return and tell him the story of how they took the girl from Rigoletto’s house and left her in the duke’s chamber, the duke hurries off to the conquest. Rigoletto enters, looking for Gilda. The courtiers are astonished to find out that she is his daughter rather than his mistress but prevent him from storming into the duke’s chamber. The jester violently accuses them of cruelty, then asks for compassion. Gilda appears and runs in shame to her father, who orders the others to leave. Alone with Rigoletto, Gilda tells him of the duke’s courtship, then of her abduction. When Monterone passes by on his way to execution, the jester swears that both he and the old man will be avenged. Gilda begs her father to forgive the duke.

Rigoletto and Gilda arrive at an inn on the outskirts of Mantua where Sparafucile and his sister Maddalena live. Inside, the duke laughs at the fickleness of women. Gilda and Rigoletto watch through the window as the duke amuses himself with Maddalena. The jester sends Gilda off to Verona disguised as a boy and pays Sparafucile to murder the duke. Gilda returns to overhear Maddalena urge her brother to spare the handsome stranger and kill the hunchback instead. Sparafucile refuses to murder Rigoletto but agrees to kill the next stranger who comes to the inn so that he will be able to produce a dead body. Gilda decides to sacrifice herself for the duke. She knocks at the door and is stabbed. Rigoletto returns to claim the body, which he assumes is the duke’s. As he gloats over the sack Sparafucile has given him, he hears his supposed victim singing in the distance. Frantically tearing open the sack, he finds his daughter, who dies asking his forgiveness. Horrified, Rigoletto remembers Monterone’s curse.

The Met Live Opera’s “Rigoletto” will be shown at the Mary D. Fisher Theatre on Saturday, Jan. 29 at 11 a.m. (live simulcast). The pre-opera talk will take place one hour before the show. Tickets are $25 general admission, $22 for Film Festival members, and $15 for students. Tickets are available in advance at the Sedona International Film Festival office or by calling 928-282-1177. Both the theatre and film festival office are located at 2030 W. Hwy. 89A, in West Sedona. For more information, visit: www.SedonaFilmFestival.org.