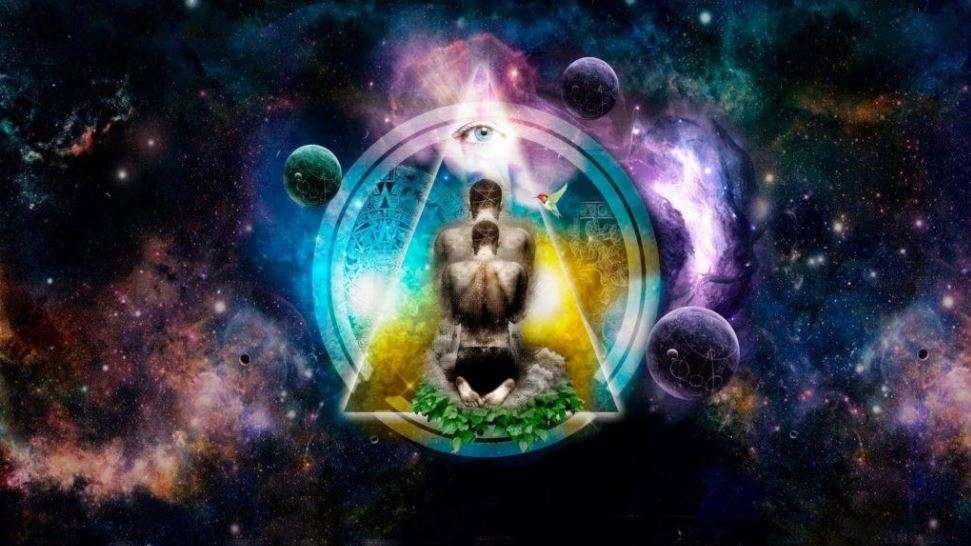 The world seems pretty damn real. It’s near impossible to be in the middle of the chaos and remain open to the possibilities of lived grace, of love, of heaven right here on Earth and yet, that is what we are asked to do if anything but what is currently made manifest is to be realized.

I used to call it disbelieving appearances. Now I see that something much more profound than mental mastery is required. We can’t just disbelieve. We must truly deeply absolutely, not on the periphery, but all the way in, permeating penetrating the core, know.

Some days, it feels damn near impossible. Good thing it isn’t absolutely so.

Most have had a glimpse of what lies inside the norm, at the mystical heart of what this world is, at the sacred heart of what we are. We’ve seen its glory, its grace, its loving truth – the hearticles of creation – at least for a brief glance.

We see it and then promptly forget it as we are met with a stabbing pain, a grief-wrenching moment, an uncontrollable irregularity of life. Rather than remembering the grace that is, we sacrifice it, disbelieving the sterling awe which so effortlessly dropped us to our knees … and life resumes per normal, whatever our normal is.

It is nigh impossible to stand in glory, to reside in presence, to abide in the mystery. That is for certain, especially when the world is so hard, when our wounds cry out for reparation, when hearts cringe, when guts twist, when everything hurts.

What is also certain is that our failure to do so, our habitual falling back into old ways guarantees the survival of the same inane game, assures that the world goes right on spinning round and round the selfsame sticky separation center filled with anger and frustration, disillusionment and damnation, hatred and fear, war and loss.

Putting our trust in anything gives it power, and that is what we do when we turn away, when we look back to the mutilated carcass of life, we name it more real than the mystery. We give it power, power to roll through, power to scroll by as the only real reality, the reality that means something, the reality that we pay attention to, that we feed and fuel for its next round.

When we see this clearly a shift occurs, and we turn towards the sacred heart within. Thoughts, old dark world thoughts, still appear but we know them as echoes of what was, not omens of what will be. We meet them. We don’t try to change them – that would be like trying to smooth dried cement. They already were. They had their day. They taught their lessons. They do not have to rise again.

Love, this which we are made of, doesn’t create anything other than love. It can’t. The hearticles of life create only art of the heart. It is the ache for love, the belief that we aren’t love, the wounds of unworthiness, the heartbreak of scarcity, the sense of separation – the lies – that create outside of love, the illusion of fear that creates the illusion of something to fear. In truth, lies have no solid ground upon which to stand. Only love is real. See this and they dissolve, re-paired with love.

This that is creates through our hearts and minds. We know that because we’ve seen it. And … what seems a paradox, for it is, we can’t create from both worlds – the material and the mystery – at the same time. Creation pours through the portal of our heart in whatever world we stand in. The material world looks like cause and effect. It’s the world we all know well, and it will always look like heaven is somewhere far away. The mystery is non-creation creation. It requires the simple basic – not what the mind views as simple or basic but more akin to absolute – surrender to love, to stand in what is, to let life be. This opens into deeper understanding that This Alone Is, and This creates only love from love through the love we always already are.