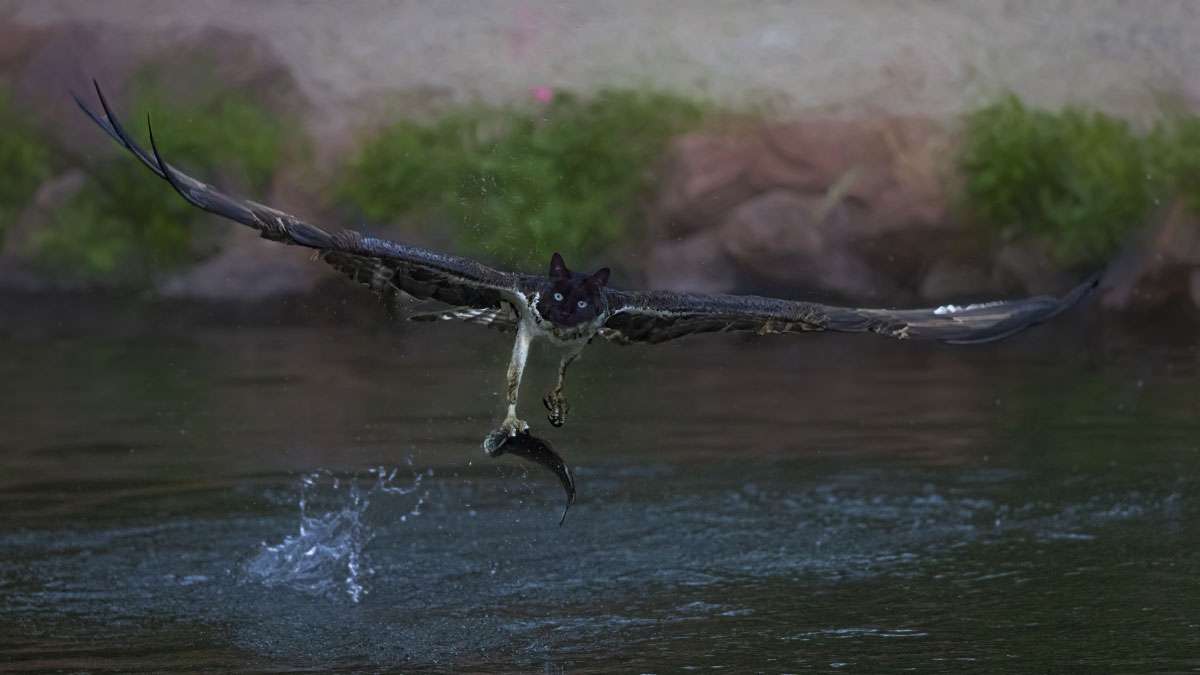 … friends who have been coming to northern Arizona for a very long time fell in love with the area and named their daughter, Sedona. Sedona is a city to be sure, but the city took the name Sedona from a real person, Sedona Schnebly who along with her husband were early settlers of the area. I spent yesterday with my friends and Sedona said she would like a special photo of One tonight as a composite. So here it is, One commandeered an Osprey up at the Sedona Rainbow Trout Farm and made off with the fresh catch of the day … One is well known for her ability to commandeer other life forms and predators are her specialty. Wildlife in the canyon unanimously rate Rainbow Trout Farm five stars!

The photo below was shot in Half Moon Bay … there is something special about the sea and harbors. We spent many weekends on our sailboat which we slipped in Newport Beach Harbor … docking at favorite restaurants and back to spend the night listening to all the beautiful sounds of the harbor … the accumulated riches of life! 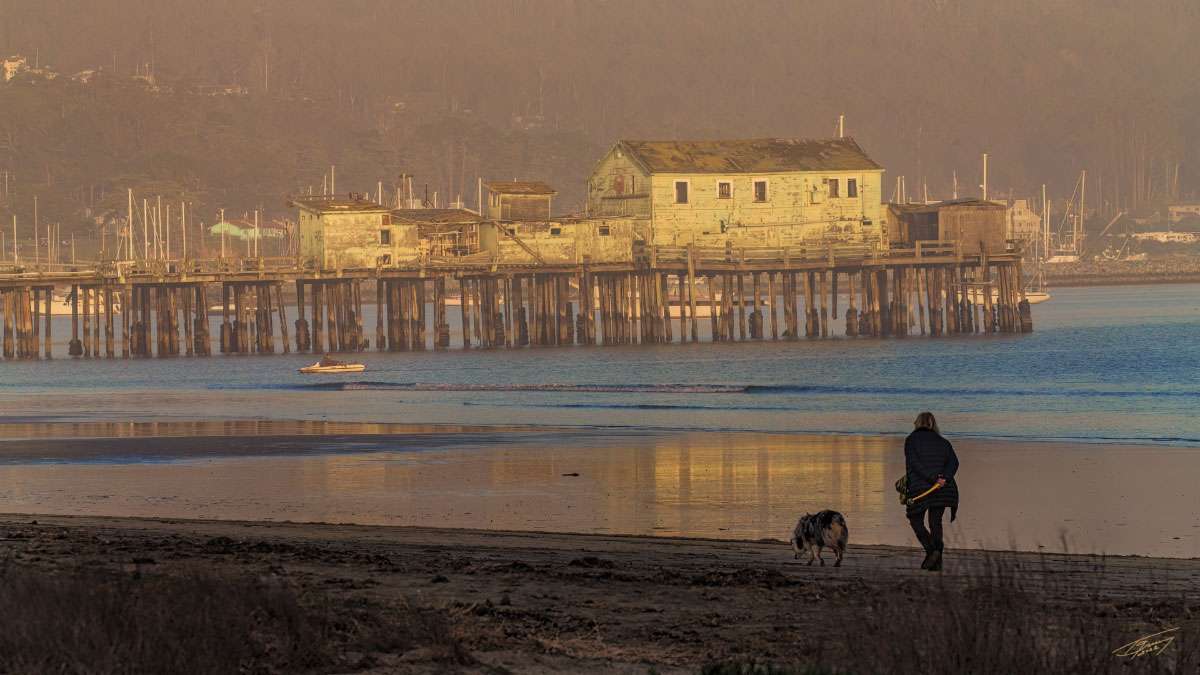 It was a great holiday weekend and much of it spent with friends … tomorrow a real treat as I am heading down to Prescott Valley to see the new Tom Cruise movie Top Gun Maverick. The flight scenes on YouTube previews are awesome … maybe watch it twice 🙂

Have a beautiful day … keep breathing and smiling … share the joy you find in life with others and at least for one day focus on the beauty of life on earth and those with whom we share this planet.

the gates of the day are

The earth is peaceful.

Only the stars are abroad;

and they will not

cause you any trouble.